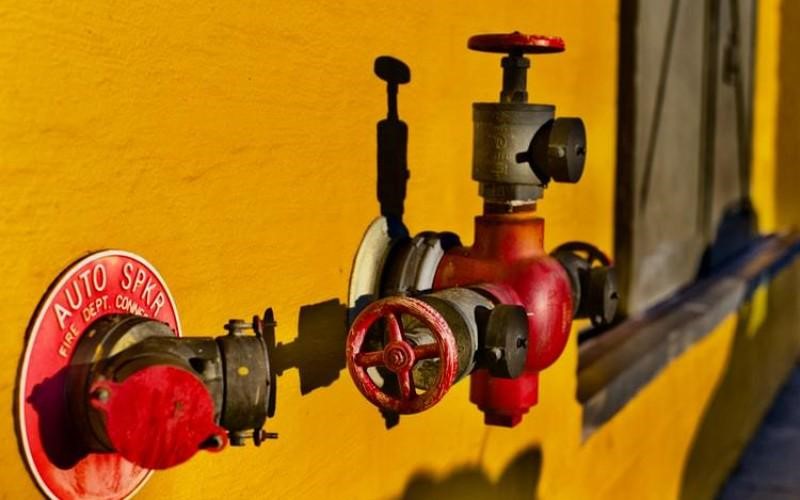 What are common fire protection systems?

There are fire protection systems which are commonly used throughout the world. And below are some systems we often see:

Wet fire systems use sprinklers which are attached to a piping system. These sprinklers are automatic and since they are always connected to a water supply, they work efficiently to stop fires once your water supply is working properly.

The sprinklers are opened whenever there is a fire and the water is discharged immediately. The systems are usually designed so that only the sprinklers which have been activated by heat that’s due to a fire, will discharge water.

Dry pipe systems also contain sprinklers which will come on automatically in the presence of a fire. However, these sprinklers are not attached to a piping system that is always connected to water. Instead, the piping system contains nitrogen or air, which is under pressure.

Dry pipe systems are advantageous in areas where water in the pipes would be likely to freeze. The sprinklers that come on are activated by heat, so fires can be stopped efficiently without excessive use of water.

Deluge systems are used in areas where rapid fire damage is a concern. For example, on a warehouse loading bay, this type of system would typically be used. Similarly, in a high-rise building, this system would be triggered by an alarm. The nozzle is always open and the alarm would release a water valve.

Pre-action systems combine elements of wet and dry systems. The pipes don’t have water released to them until a fire is detected. The response time is fast, so these systems are typically used in offices and commercial plazas.

Special hazard fire protection systems are meant for areas where standard systems would not be sufficient. They will both detect and extinguish fires in these regions. 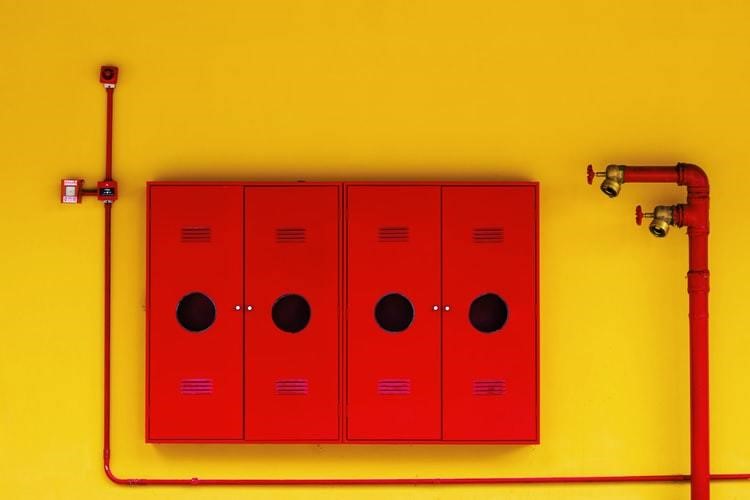 How does the fire sprinkler system work?

Fire sprinkler systems are a basic element of most commercial and residential buildings. In fact, they are a requirement in some sectors, where there may be a higher risk than normal of fire. They usually consist of a water supply, a set of pipes which is used for water distribution and sprinkler heads.

Fire sprinkler systems discharge water automatically, although they are not triggered by smoke. Once a fire is detected they release enough water to control the fire , so they are both fire detection and fire suppression systems.

High heat triggers a sprinkler system, because when a blaze ignites, the air that is above it heats up extremely quickly. This rapid rise in temperature is not like the regular heat change that would be experienced from cooking in a restaurant.

When the hot air that’s due to a blaze rises, it spreads along the ceiling. Each sprinkler head is attached to a reliable water source, so when its’ activated, a valve opens and pressurized water is allowed to flow out. 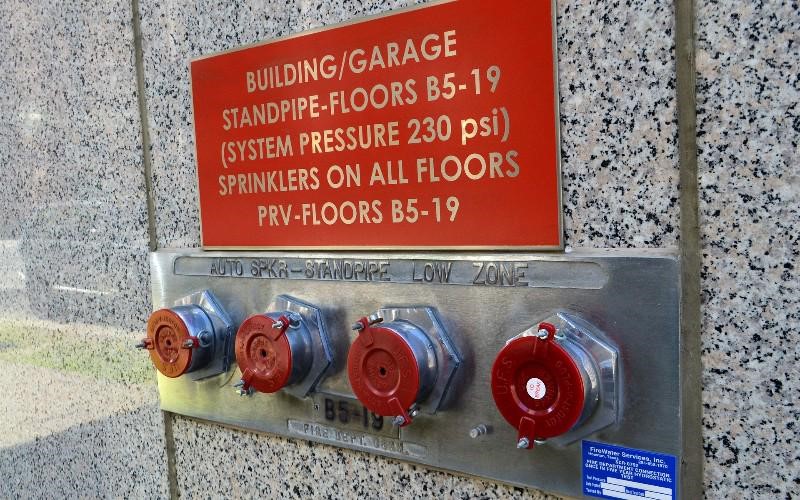 What types of pipes are used in fire fighting systems?

You’ll find carbon steel pipes that are designed with different types of ends, to suit the layout of your fire suppression system. For example, you can choose from beveled, threaded, and grooved pipe ends.

While steel has always been the material of choice for fire fighting pipes, you’ll now find that thermoplastic pipes are also available for residential and commercial applications. Thermoplastic pipes are used in situations that are considered to be a light hazard, so you won’t normally find them in areas where the risk of fire is much higher than normal.

Thermoplastic fire fighting pipes wouldn’t be used in hospitals, restaurants and manufacturing plants. All of these areas usually have combustible materials and are not considered to be light hazard settings. Strong black steel is preferred for most hazardous settings but corrosion is always a concern.

Black steel is extremely resistant to heat and it’s also durable, so once your pipes are installed, you won’t have to keep going back and replacing them often. You can expect that they will be able to do what they are in place to do if a fire starts.

Copper pipes don’t corrode as quickly as steel pipes but over time, there will be some scale buildup and pitting. Sometimes water softeners may need to be used with copper pipes. In addition, it’s important to ensure that the pH of the water remains above 7. .Copper pipes won’t become brittle at cold temperatures. Unlike the thermoplastic fire fighting pipes and they are lightweight and flexible. 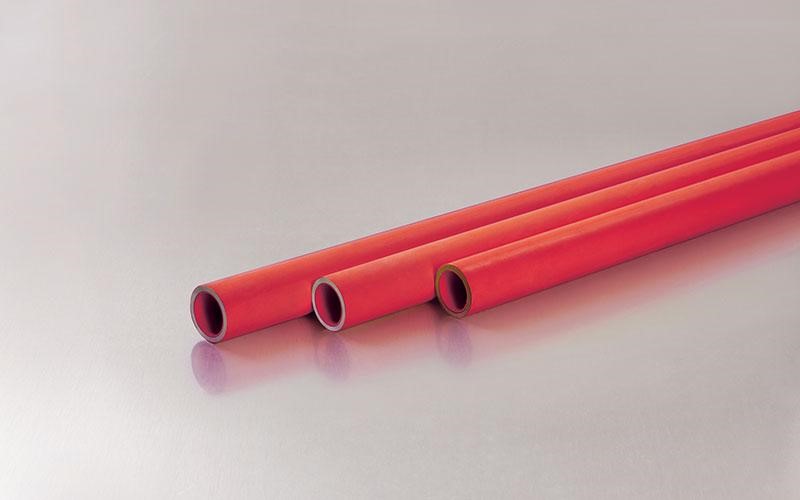 LESSO has fire protection pipes to suit any type of residential or commercial building. LESSO’s fire fighting pipes are made with durable materials that meet industry standards. You can rely on the strength of their EP steel-plastic composite pipes. These are coated with plastic for additional protection from the elements in harsh environments, so they will always be ready to perform in all emergencies. 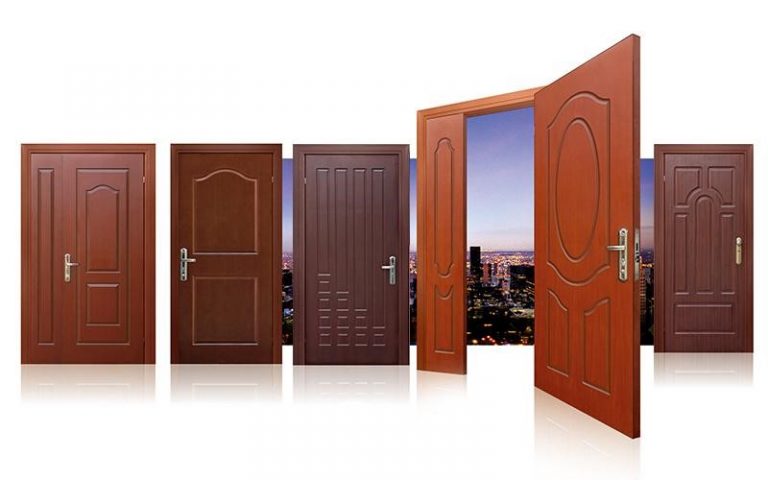 Do You Really Need a Fire-rated Door? 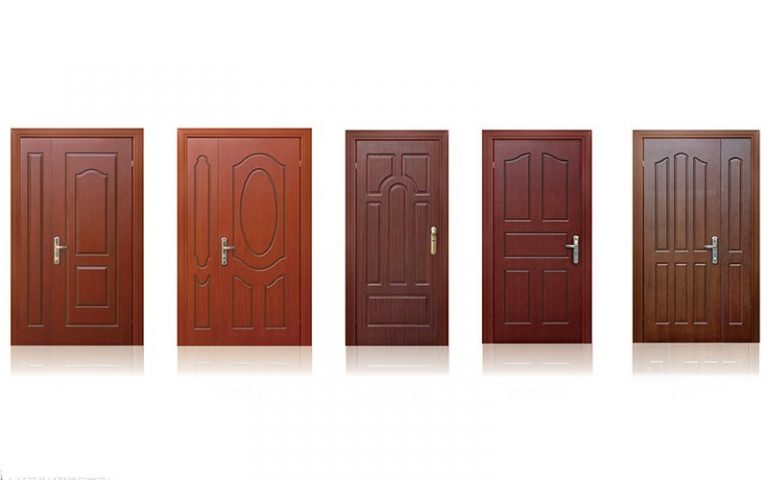 There are many fire-rated door manufacturers today. With the increase of regulatory bodies that hold an eye on the home and commercial constructions, we also 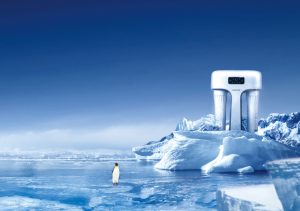 What To Do If Pipe Bursts in Cold Weather? 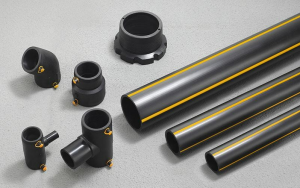 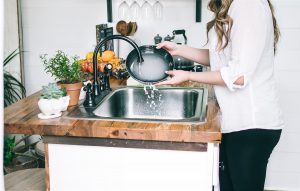 Single Sink vs Double Sink In the Kitchen, Which is Better? 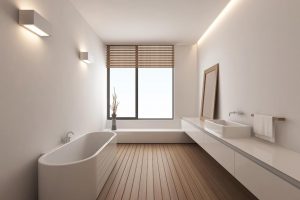 How To Choose The Best Window For Your Bedroom 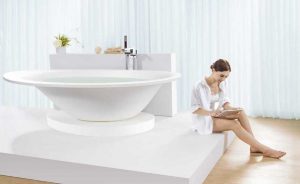 Bath VS Shower, Which is Better?