Human influence on the hydrologic cycle has been witnessed throughout time and seen in nearly all aspects of our daily lives.

Our ancestors have traded, conquered, settled, explored,regulated, engineered,and planned based on their understanding of fluvial systems.

Since ancient times,humans have built complex drainage networks, including increasing agricultural efficiency, managing flooding events, and increasing settlement possibilities by situating cities near rivers. However, these drains play a significant role in modern society because of the vast number of people who live in or around cities.

The importance of city drainage systems for humans

A drainage system is a kind of human engineering project. It determines the capacity and efficiency of urban drainage which is a crucial component of any city. In addition, it has a direct impact on the safety，health， and convenience functions of urban life. Thereupon, it has a close relationship with the development status of the cities.

The history of civilization reveals that many societies have built their capitals or economic centers along rivers or coasts to ensure enough resources are needed by people’s daily lives and develop trade between different regions underdeveloped agriculture-based economies.

Moreover, facing natural disasters such as floods caused by heavy rainfalls, strong winds,and tidal waves. Their residents had no alternative but to develop drainage systems to cope with such conditions.

For example, according to the historical records in the Warring States Period of China about 2.500 years ago or so. There were already some drainage facilities built to protect people’s lives from disasters caused by floods along both sides of rivers in north China including Yangtze River. There were even ideas written down to build city walls which are still vital for capital dries nowadays.

Compared to ancient times when human beings did not have advanced technologies to ensure water safety after constructing city drainage systems. Modern society has applied cutting-edge technologies to the construction process since the 19th century. This helps drain out water quickly and efficiently.

The city drainage system in Qingdao City, China illustrates the case mentioned above. When it was first built,many people were skeptical about whether such a plan could work or not and the panic caused by the fear that water leakage would cause flood and inundate streets and even houses near rivers made them hesitant to support it.

However, after testing and applying advanced technology into the construction process, this project brought an incredible result. Within six years after its completion, there were no major disasters occurred due to floods as well as droughts.

Human’s habitat is closely linked with hydraulic cities, which means human beings’ daily lives and economic activities rely on urban drainage systems. Therefore, if we can protect our lives by draining water out more efficiently, it will bring huge benefits to us.

Why do we need drainage systems?

Drainage is an integral part of any development Drainage refers to the route taken by water from the place where it falls as rain or snow to reach a river, lake,or ocean. This drainage system consists of channels and sewers and includes canals, ditches, and even natural contours like hills and slopes.

Protecting us against flooding

Floods may be local or widespread depending on the extent of rainfall and if more than one part of the region gets affected at once (besides more than one path for water to get out).

One way to protect ourselves against floods is to have a drainage system that aids water flows to nearby rivers or lakes. This is especially true for densely populated regions that suffer from floods.

Preventing us from being exposed to health hazards

Drainage systems help prevent many diseases since they lead wastewater away from our homes and workplaces,thereby keeping our surroundings clean.

A drainage system provides a channel for carrying excess rainwater which would otherwise flood low-lying areas and causes significant problems, including property damage and even loss of life.

It also provides a channel for storm runoff, treated wastewater, canalization of streams, etc. These benefits landowners living near the drainage channels by providing them with irrigation benefits. That’s how roads are built on top of drainages.

Bringing back groundwater into use

Rivers or other channels connected to the drainage system bring the water table closer to ground level by draining excess rainwater and preventing it from recharging (re-entering) the groundwater.  Rainwater that would otherwise enter the underground aquifers through percolation is thus prevented from doing so.

A well-defined drainage system prevents soil erosion as soils do not get saturated with moisture and lose their ability to bind (giving strength required for holding up things like buildings). As a result, we find cracks in walls and pavement surfaces, even foundations sometimes due to this soil erosion. Erosion also results in landslides and these can be very dangerous.

Drainage systems are used to remove excess water from our homes in case of flooding. There are five main drainage systems that homeowners should be familiar with.

The first is known as a French Drain. This system consists of trenches filled with gravel which lead stormwater runoff away from the house foundation and into rain gutters or dry wells. Unlike other drainage systems, it requires no maintenance or power source because all you have to do is put it in place.

The next type is called a Surface Drain Runoff System. It consists of large pipes connecting catch basins to underground drains located under the surface of your yard. Creating an easy path for water runoff to go through without causing damage due to erosion or runoff.

The third type of drainage system is called a Drywall. This underground chamber holds water to prevent it from accumulating around the house foundation.

Subsurface Drainage System, which consists of grooves dug into your ground horizontally or diagonally at certain intervals under your yard. Either PVC pipes connect these grooves or perforated plastic tubing buried several feet deep,allowing water to seep through these drains towards dry wells and catch basins placed strategically throughout your yard. 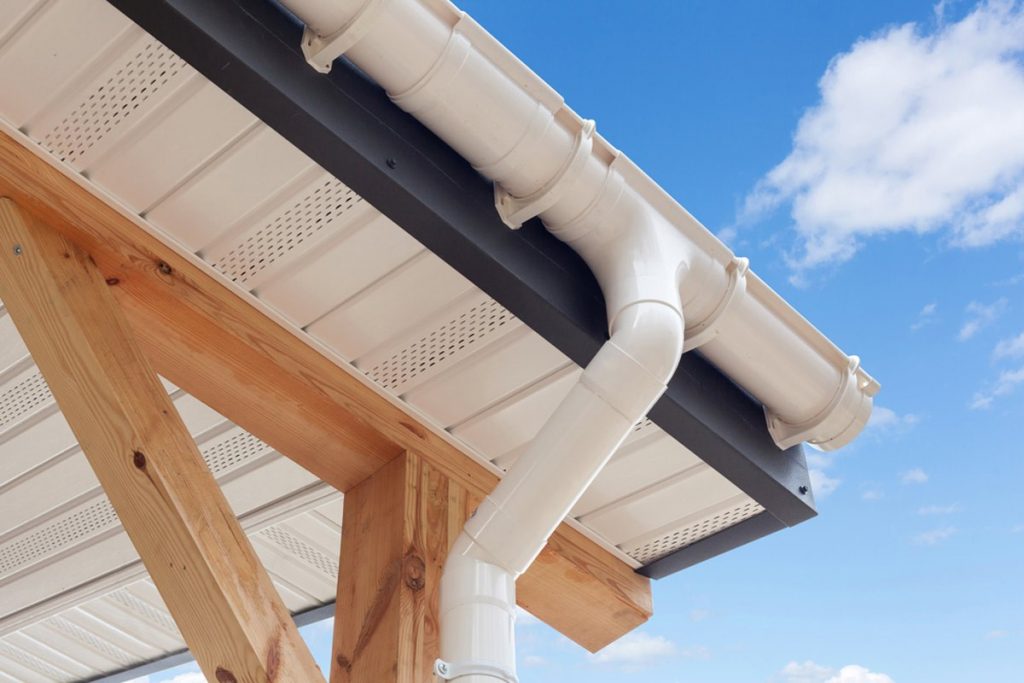 What kind of pipe can be used for the drainage system?

The drainage pipes differ in both usage and kind of material. Some pipes are intended to remove water from areas such as roofs, whereas others are used for removing underground water.

Of all the commonly used drainage pipes regardless of the drainage project. Polyvinyl Chloride or PVC pipes are a popular choice for most contractors. PVC has malleable properties and is available in almost every size.

These are the best solution when water and the environment exert much weight and pressure. Moreover, they can be recycled. PVC pipes are accounted for almost of wastewater mains.

These pipes are strong, can tolerate heavy pressure, and needs glue to join the parts between them. That way, it saves time and effort apart from this. PVC pipes are widely used in home gutter systems that divert water from the roof to the ground. For example, the LESSO PVC-U Pipes  makes the rainwater flow in an organized and systematic way.

It collects rainwater from roofs and other areas. And leads the water to the sanitary sewer. Its strength, resistance to certain chemicals, and durability make it the best choice among all forms of plastic. PVC-U for roof drainage remains the favorite choice for many homeowners.

Plastic pipes made of Polyethylene are regarded as the strongest and flexible. Because polyethylene is easy to maneuver, installing them on different surfaces is straightforward.

If a project needs water and piping to be transported in smaller spaces that have many turns. Pipes made of polyethylene are the first choice. Moreover,polyethylene pipes are abrasion and corrosion-resistant.

Also, these drainage pipes stand against some of the toughest weather and harsh environmental conditions. As a result around 90% of the drainage systems consist of pipelines made of polyethylene.

These kinds of pipes need less introduction because they are used frequently in building materials. The durability,strength, cost-effectiveness, and availability make it a common choice for a drainage pipe.

Moreover,the non-inflammable properties and eco-friendly nature unlike plastic pipes is another reason why they are used in many places. Concrete pipes are an inexpensive choice for drainage systems as well. In several situations or projects that demand zero leaks, concrete pipes should be the right choice.

Besides. concrete piping can serve as an exterior shield for other types of drainage pipes. That way, the concrete protects the vulnerable and weak pipe by behaving like a strong outer cover. 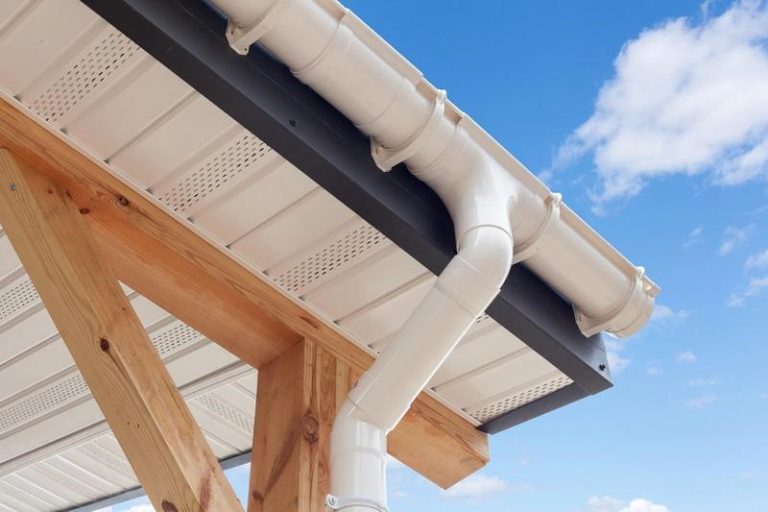 How to Soundproof Drain Pipe?

Table of Contents Each house owner experiences noisy drain pipes many a time. Never postpone or delay the sound production in your drainpipes and give

6 Things You Should Know About Drainage & Sewerage Pipes

There are many parts of the construction industry that are difficult to understand, but the differences and uses of drainage and sewer pipe are not too complicated 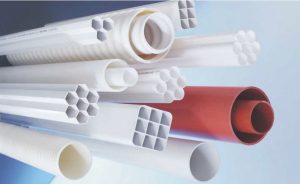 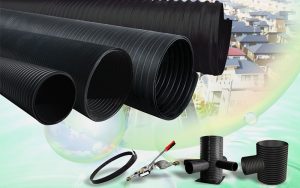 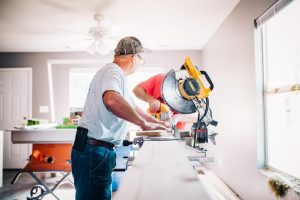 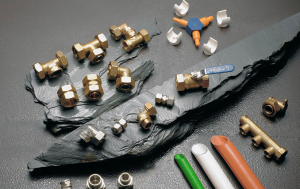 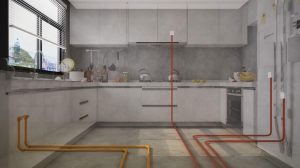